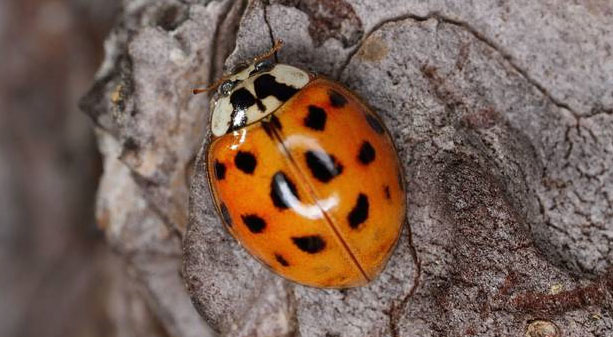 Helen Evans, the wife of Northern Ireland international Jonny, said she was "freaked out" after an "invasion" of ladybirds in their family home.
In a tweet, the wife of the Leicester City defender asked: "Anyone else got ladybirds all over their house?
"They’re invading my house."

Mrs Evans said they were in her and their children's bedroom and said pest control had been called to deal with the issue.
"They’re freaking me out lol," she added

The Daily Mirror reports the bugs are Harlequin ladybirds, which have spread across the north of England after crossing from Asia and have taken to hibernating in people's homes.
The bugs are mostly seen around doors and windows, and are believed to be mostly harmless if left alone.
The invasive species first came to the UK in 2004 and is now the nation’s second most common species of ladybird.

In recent weeks there has been a spike in the number of sightings of the bugs, which is thought could be down to the above average temperatures during the summer, and the insects making their way indoors now conditions are cooling down.

Speaking to the BBC, Dr Peter Brown, a ladybird survey organiser and senior lecturer at Anglia Ruskin University, said: "If you're getting large numbers of ladybirds coming into a building, they are very likely to be Harlequins."